A couple of months ago, I hit a new low

{which is one of the reasons I finally headed back to the doctor after years of not going}.

Husby was at work for a 48-hr shift and I was home with my four little ones.

I had a migraine that was so bad…

{so embarrassing to admit}….

I found myself running to the toilet to vomit…

I was sure that this was going to be it…

{however unrealistic that actually may be}.

My 6 year old, plagued with a look of helplessness and fear, came running…

asking if I was ok.

He took it upon himself to get me a hair tie.

Later that night, after the pain lessened to a point I could tolerate…

with tears in his eyes, he showed me a handwritten letter on a small piece of paper….

a prayer to God,

asking Him to make his mommy feel better.

I was completely overwhelmed and brought to tears with the sheer sweetness of his heart….

that his initial instinct was to pray.

at the same time…

thinking about the affects this would have on my children….

seeing their mommy so frequently sick with migraines.

I hate to complain, especially on our blog,

{in fact, one of my best friends in life suffers from this same issue}.

I have chronic daily headaches and several migraines a month….

I have had two in the last week,

in addition to daily headaches that just don’t seem to go away at this point.

They are debilitating and unfortunately stand in the way of me being my best.

I have had headaches for as long as I can remember…

even as a small child.

I have seen every specialist you can imagine…

because one doctor thought my heavy hair was the culprit!

At the age of 16, I decided I was DONE with medications and doctor’s appointments.

I stopped going at that point.

I haven’t taken a prescription migraine medicine since then…

until early this week,

when I finally broke down {out of utter desperation} and took a dose of Imitrex.

In fact, I swear I felt worse.

Perhaps I didn’t give it a fair chance…

but I’m just not a pill person.

which is one of the reasons I don’t drink alcohol.

There are a few things I have learned about my headaches…..

First I have a few really bad habits….

{blogging hasn’t helped that any — in fact, it’s nearly midnight as I write this!},

not drinking enough water and eating too much sugar

A few other triggers:

going too long between meals,

{hello hormones — nothing alleviates those migraines},

and food intolerances and/or allergies.

A few years back I had a basic blood test done to see if I had any food allergies.

It tested for the 30 most common.

I have found that eggs are a huge trigger.

I have experimented with a vegan diet in the past….

but I’ve strayed the past several months.

Research suggests that one of the main causes

of migraines happens to be food allergies.

In an attempt to figure it out on your own, without testing,

you can experiment with an elimination diet

{although I suggest consulting with your personal physician first}.

I think this is my next step

A necessity for my wellbeing and that of my family.

it also has proven benefits for people suffering from:

Here are the basics of an Elimination Diet {taken from WebMD:

The elimination diet involves removing specific foods or ingredients from your diet because you and your doctor think they may be causing allergy symptoms. Common allergy-causing foods include milk, eggs, nuts, wheat, and soy. Your doctor will supervise this diet over a few weeks. There are usually several steps to this diet.

During this time, you will need to:

If you remove a certain food and the allergy symptoms go away while following this diet, your doctor can usually confirm that that food may be the cause of your problems.

While on this diet, make sure you eat other foods that provide the same nutrients as those you’re avoiding. (For example, try tofu-based foods instead of dairy products.) A dietitian can help you plan meals.

2. Slowly add back in suspicious foods, one at a time.

After eliminating or taking foods out of your diet, your doctor will ask you to gradually reintroduce into your diet the foods you were avoiding. You’ll add them one at a time over time. This process helps link allergy symptoms to specific foods.

Carefully record any allergy symptoms that you get as you add each food back in. If symptoms return after eating a food, your doctor can usually confirm that this is a trigger.

3. Last, you will be asked to once again to stop eating the foods (one at a time) that you and your doctor think are causing your allergy symptoms. The list should be smaller this time. The goal is to see if the symptoms clear up for good. 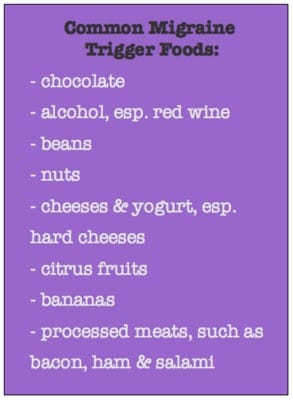 {Image Via: Somebody Heal Me}

I am hoping that I can figure this out, once and for all.

I pray that I can identify my most common triggers so I can avoid them,

I know from experience in the past

{when I was eating a clean, vegan diet},

that my eating plays a huge part in the role of my daily headaches and migraines.

I have found that in addition to clean eating, my yoga practice also really helps.

I think it’s the relaxation that comes after…

and the stillness that my body craves from “savasana” at the end.

I hope that I will have good news to report back to you in a few weeks.

For those of you that can relate,

and inspires you to join me on this journey.

I would love to hear your personal stories and input,

Here are some links I hope you will find helpful: 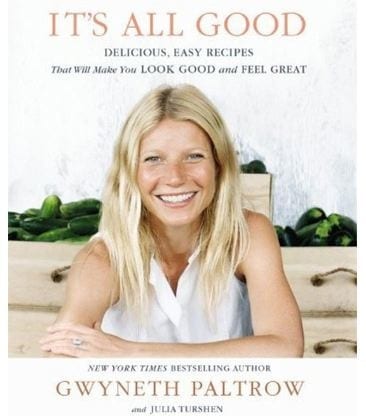