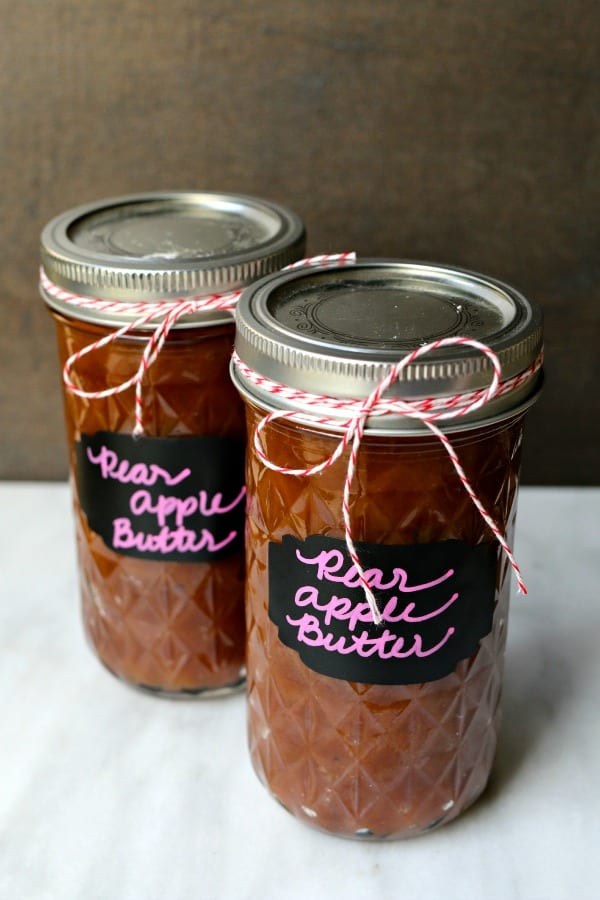 Let’s discuss the fact that it’s already December 2nd! How can that be!?! Not to worry this Pear and Apple Butter is perfect for the holidays as either an appetizer {poured over a block of low-fat cream cheese with crackers}, or my favorite way wrapped up as a gift.  REALLY it is a two-fer!  I made this Pear and Apple Butter as I was preparing for Thanksgiving.  I don’t know about you, but I am not a huge fan of pears.  I don’t care for them as a fruit that I would bite into.  I like them with nice melted Brie, but my dilemma was that I had 5 pears on the verge of going bad.  Instead of being wasteful yet again with the remainders of my produce box, I made this Pear and Apple Butter….which I do have to say, is dynamite! END_OF_DOCUMENT_TOKEN_TO_BE_REPLACED